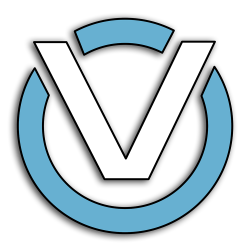 VENUSENERGY – The Environment-Friendly Solution For Our Energetic Needs

The past three decades of generally rapid growth worldwide have seen dramatic increases in fuel consumption for heating (homes and offices), transportation, electricity production and industrial use. Due to economic progress and a rising standard of living, the demand for energy is continually increasing. One of the latest changes that the progress brought is the digital currency, which is the most significant money revolution in all of human history. But the further development of this new concept based on the blockchain technology depends very much on a very important aspect, namely the energy necessary for producing the digital coins, more specifically, the amount of energy needed for mining. At present, the largest amount of energy we use is derived from conventional sources of energy, which are petroleum, gasoline and coal. These are non-renewable sources of energy, which, sooner or later, will be exhausted. The production and use of energy derived from these sources create a series of environmental problems, the most serious of which, as we all know is greenhouse effect.

The process of mining new coins requires both energy and computing capacities. The consumption of electric energy is becoming very big, while the remuneration received for the performed computations is not big enough to defray the incurred electric energy expenses. The mining efficiency of different systems can be compared by taking the ratio of the number of hashes it can perform in a second, divided by the power it consumes. The earnings from mining depend on the price of electric energy and the probability to receive a computed hash value. This probability, in its turn, depends on the amount of the computing capacities. Energy pricing policies play a critical role in stimulating efficiency. At present, they sometimes include subsidies and seldom reflect the real costs of producing or importing the energy, particularly when exchange rates are undervalued. Very rarely do they reflect the external damage costs to health, property, and the environment.Today’s primary sources of energy are mainly non-renewable: natural gas, oil, coal, peat, and conventional nuclear power. All thermal power plants produce waste heat energy as a by-product of the useful electrical energy produced. Such significant discharge of harmful greenhouse gases into the air encourages the greenhouse effect, which causes irreversible effects for the earth and ever-augmenting global warming. The VenusEnergy team does not want to wait for such drastic global changes to come, it does not want to sit and watch the world self-destruct. VenusEnergy team developed a plan of where to start from and what to do in order to preserve the world while keeping the bitcoins being mined.If you choose to use the solution they offer, the mining works will become cheaper with more people able to perform them; the land resources will be saved and the greenhouse gases as well as global warming will be decreased.

The VenusEnergy team offers a solution involving the use of renewable energy sources. Using of renewable energy sources for the production of electric energy, which is to be used for the performance of bitcoin mining works, significantly decrease expenses on electricity, meaning that profit received for the works performed is bigger. Also, this leads to saving nature and decreasing the greenhouse effect.

VenusEnergy ICO started on 1st of May 2018. Their token, the VENUS, is available for purchasing on their official website, at a price of 0.00002900 ETH/ Token.

Behind this very promising project we can find a dedicated team, made of skillful specialists from various fields, such as: IT, business and product development, finance, marketing. Each team member is unique and valued for that, among the best and brightest in the business, and takes pride in his or her achievements and the success of others.

The VenusEnergy ICO goal is to allocate the collected money for researches of how to increase the effeciency of plants capable of generating electricity from renewable energy sources. The second goal is to allocate the ICO-collected money for generating energy from renewable energy sources. This can be the answer to the energy problem for the stabilization of carbon dioxide emissions and other greenhouse gases. In addition, by replacing energy generation plants that use conventional resources, they lead to a reduction in the emission of other pollutants. Future development of the digital currency crucially depends on the long-term availability of the energy in increasing quantities from sources that are dependable, safe, and environmentally sound. Energy is too important for its development to continue in such a random manner. A safe, environmentally sound, and economically viable energy pathway that will sustain blockchain technologies, and not only, is clearly imperative. It is also possible, with VenusEnergy. If you want to conduct your own research and find more about this project, but also about the digital currency technology, the renewable energy sources, and the connection between them, VenusEnergy’s website is a very good place to start from.

This data is not yet available.