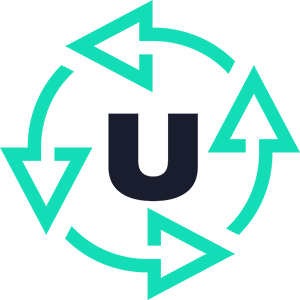 The only gambling platform 100% managed by its community. Players control the house, host all the games and receive most of the profit.

Website
The only gambling platform 100% managed by its community! Players control the house, host all the games and receive most of the profit. It is time to change the game rules in the Gambling Universe. To break the established traditions we just need to give the control of the casino, to the players themselves. Meaning, absolutely all games, tables, poker rooms, slot machines, lotteries and so on are controlled by the gamers, they host games themselves and receive most of the profit.
Platform Entertainment Cryptocurrency Casino & Gambling

About U Run It

The only gambling platform 100% managed by its community.

Players control the house, host all the games and receive most of the profit.

Absolutely all games, card tables, poker rooms, tournaments, slot machines, lotteries, etc. in casino are controlled by the players themselves. Each game is hosted by a certain player

This player determines parameters of the game or tournament he is hosting and becomes the owner of the game for the time being. Let's say, each game is leased to one of the players for a nominal fee

The easiest way to give each user the opportunity to become the owner of the game is drawing of the lots. Drawings are held automatically. The winner should pay a small fee in URUN tokens to confirm his/her right to own the game

During this lease, the owner of the game not only monitors what is going on, but also performs basic functions of a moderator.

At the end of this period, the owner of the game receives most of the profit generated during his lease.

The more often the user plays and the bigger his bets, the higher is his rank. And the higher is the player's rank, the more chances he has to become the owner of the game.

What a player can do with his rank

Every user can create his own private games and give the access to them to his friends and acquaintances. All private games are accessible only by invitation.

70% of all URUN tokens are collected by platform will be used in daily, weekly and monthly jackpot drawings. Every user who deposited certain amount of URUN tokens to his account or has a certain rank is eligible for jackpot.

It means the number of URUN tokens available will constantly decrease.